ATLAS has only one instrument, compact and modular; it fits below the primary mirror structure into a cylindrical envelope smaller than 1.5m in diameter. To achieve the large FoV, the telescope beam is diverted into 4 arms, each consisting of reimaging fore-optics, a DMD, and a dual-channel (blue/red) R=1000 spectrograph. A full view of the ATLAS Probe instrument is shown in the figure on the right. The 4-petal shape of the field allows for almost perfect tessellation of the sky. The instrument can be split into 4 identical and separable blocks, which simplifies the assembly, integration and testing.

ATLAS will be in a halo L2 orbit, enabling long observations in a very stable thermal and radiation environment; the narrow Sun-Spacecraft-Earth angle facilitates passive cooling to the ~50K operating temperature needed for the long wavelength channel detectors. Absolute pointing requirements are relaxed due to the versatility of the DMDs.

ATLAS is designed to meet its science objectives through transformative capabilities enabled by mature technology. The core of our system, DMD, can be brought to TRL 6 within two years. Our baseline detector, Teledyne H4RG-10, is the same type currently under development for the Roman Space Telescope. The long-wavelength cutoff of our spectroscopic channels match the standard cutoff of Roman and JWST devices respectively.

During its 5 year prime mission, ATLAS Probe will carry out three galaxy redshift surveys at high latitude (ATLAS Wide over 2000 sq deg, ATLAS Medium over 100 sq deg, and ATLAS Deep over 1 sq deg), a Galactic plane survey over 700 sq deg, a survey of the outer Solar System over 1,200 sq deg, as well as a Guest Observer program. 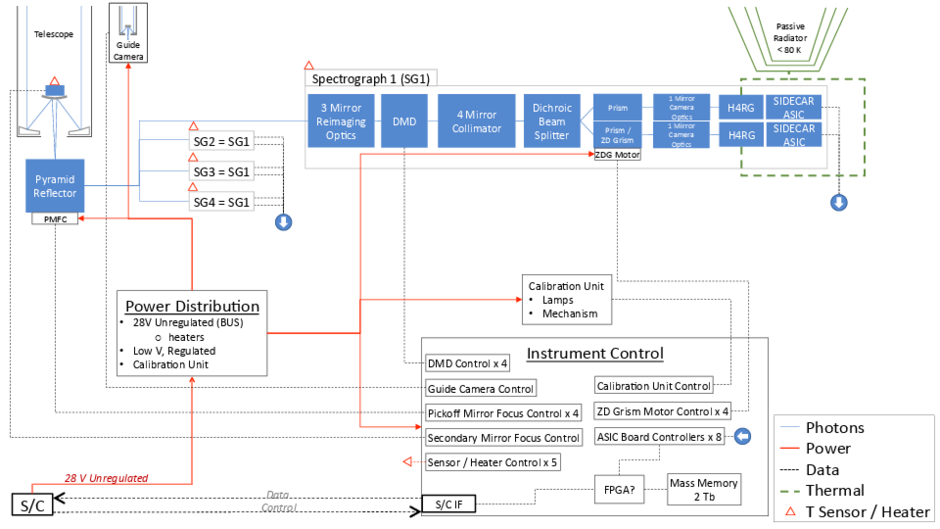 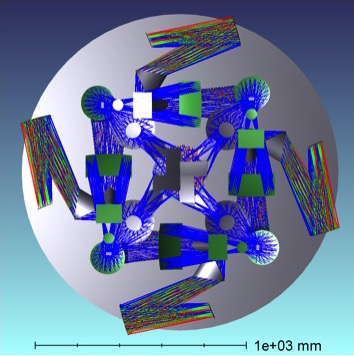 ATLAS optical design with 4 identical spectrograph modules with R=1000. The large gray circle is the back of the 1.5m primary mirror. 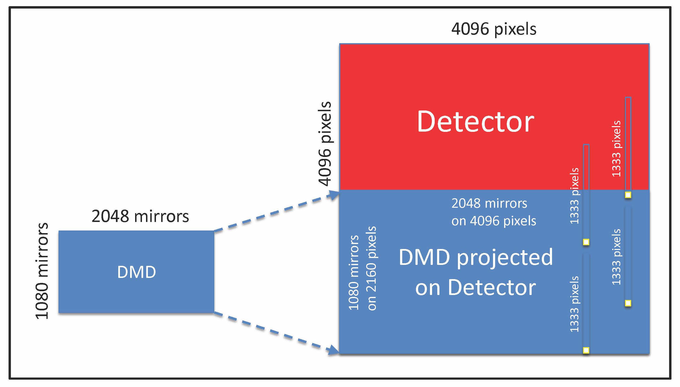 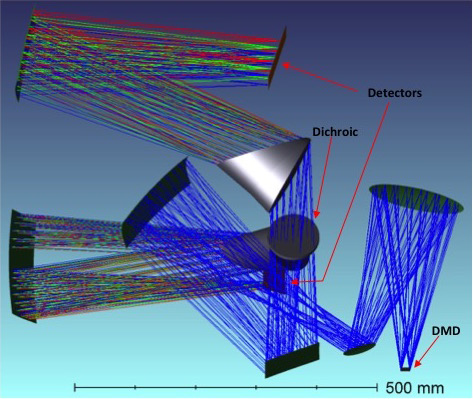 One spectrograph module in the ATLAS optical design.